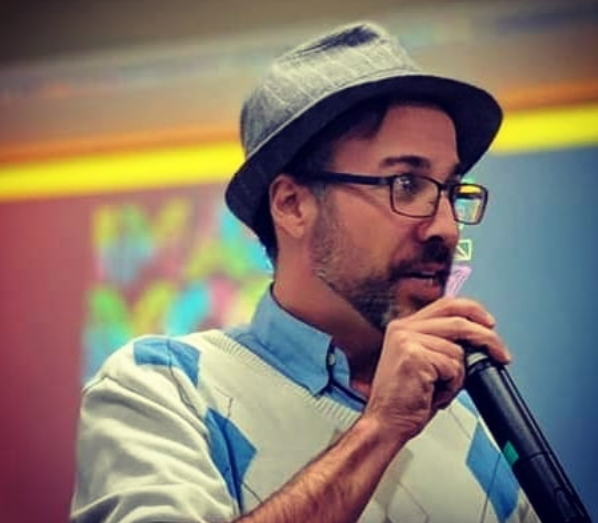 With a passion for media innovation and investment, I seeded MediaTech Ventures, a media industry venture development group that created one of th...e world's leading startup programs. Former Venture Partner in the private equity group, Meaningful Ventures, I'm also is a Founder and Director of Funded House and of the Founder Institute in Texas.

My early career at Yahoo! and HP witnessed the emergence of the internet and corporate digital transformation, and from there, I led the early growth of startups such as Outright.com (Acquired by GoDaddy), Zvents (Acquired by eBay’s Stubhub), and MicroVentures (Venture Capital).

I built websites in the '90s while at college and continue to engineer and produce content at at my professional blog seobrien.com. Fun fact? I was featured in the book, Online Marketing Heroes, and frequently speaks at startup and media conferences. 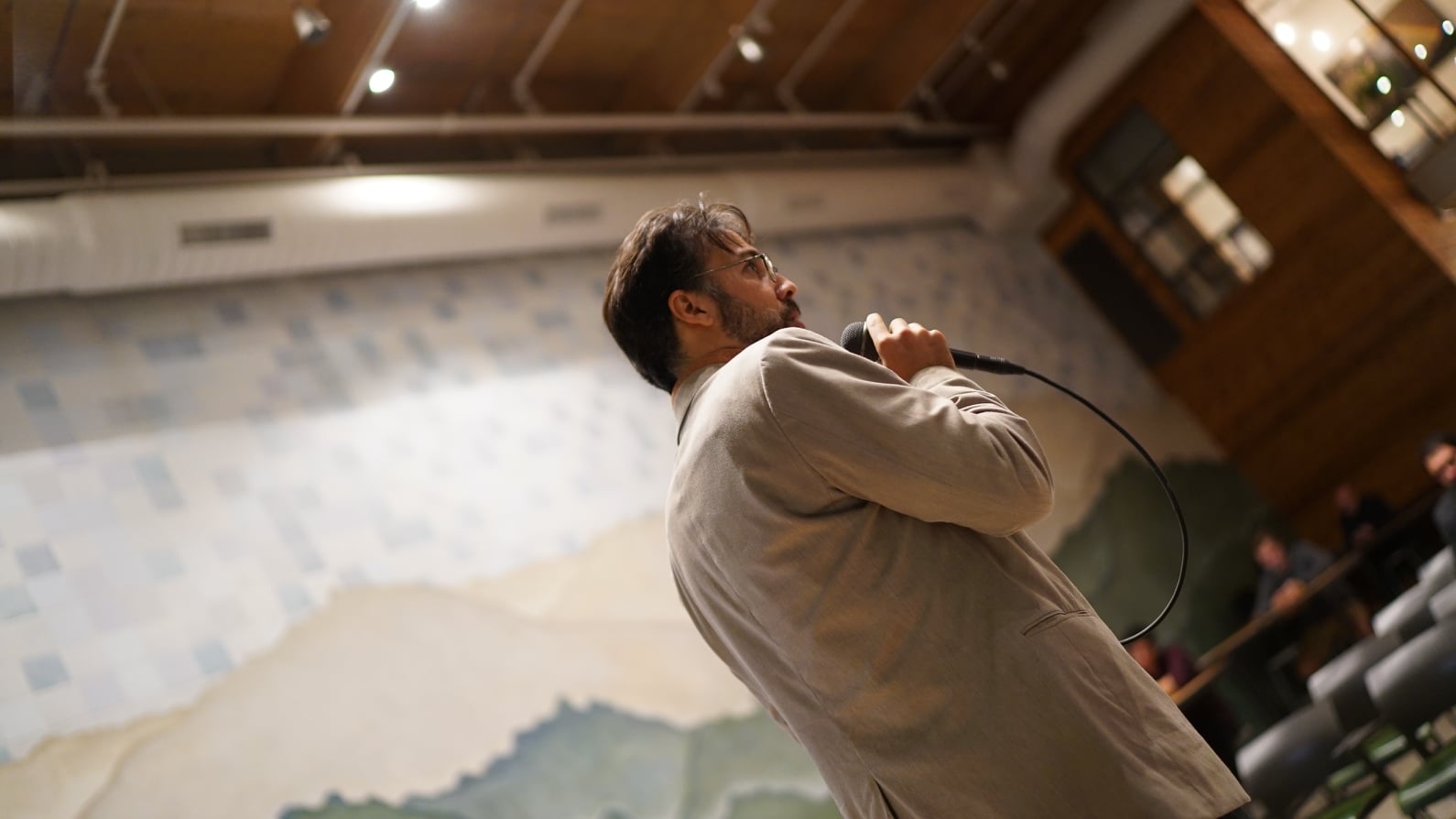 With a passion for media innovation and investment, I seeded MediaTech Ventures, a media industry venture development group that created one of the world's leading startup programs. Former Venture Partner in the private equity group, Meaningful Ventures, I'm also is a Founder and Director of Funded House and of the Founder Institute in Texas.
...
My early career at Yahoo! and HP witnessed the emergence of the internet and corporate digital transformation, and from there, I led the early growth of startups such as Outright.com (Acquired by GoDaddy), Zvents (Acquired by eBay’s Stubhub), and MicroVentures (Venture Capital).

I built websites in the '90s while at college and continue to engineer and produce content at at my professional blog seobrien.com. Fun fact? I was featured in the book, Online Marketing Heroes, and frequently speaks at startup and media conferences.

Businesses and startup founders learn early of a critical methodology in sales referred to as a funnel. Developing products and services, marketing is the process therein by which organizations get to know potential customers and then profile people so as to better understand the needs and motivations.
The goal, of course, being the conversion of people as buying consumers or business partners.

Around the turn of the last century, advertising executive Elias St. Elmo Lewis developed the idea of the funnel; first noting in The Western Druggist, in 1899, that the function of advertising was “to catch the eye of the reader, to inform him, to make a customer of him.” Little more than a decade later, his thesis developed, noting that advertising is meant “to attract attention, awaken the interest, persuade / convince.”

In time, studies of his work broke down this funnel into four stages: awareness, interest, desire, and action.

These stages map the journey through which a customer goes when making a purchase. The model calls to mind a funnel because a great many potential customers are found at the top of the funnel in among this large set of people who are of what you’re doing and may have an in it some day. Only a fraction of everyone aware of something reach the point of that interest driving a decision and even still, those decisions need to be converted to an action for the business, a purchase.

Throughout most of history, this funnel made complete sense and helped businesses and marketers profile people and plan campaigns to meet the expectations of each piece of the funnel. The organization would work together to reach more people, improve the process of moving people from one stage to another, and to uncover new channels through which to reach others or introduce new products with funnels of their own.

The funnel is still one of the easiest ways to learn and appreciate marketing today, for example, Disney runs trailers before movies in theater and teasers on Amazon Prime, creating awareness of the next Avengers film. But consider, that’s in fact NOT the awareness stage of the funnel… the movie industry planted awareness in much more subtle ways: the clip leading to the next film after the credits rolled at the end of the previous, leaked news on reddit, and our beloved actors dropping hints to Jimmy Fallon. is generated by our teasers and trailers. As the film date approaches, commercials are aired, word of mouth encouraged, and more talk show hosts chat up our actors’ interest is steered toward a to see the film; now we know when and where it will play. Sure, it’s easy to think that decision was already made, but neglecting this part of the funnel is how some films seem to disappear into obscurity; people’s attention spans are brief and our focus needs to be reminded to act on our interests. And act we do, with news of the box office opening take, pictures from the red carpet on Instagram, and talk of the movie on radio and podcasts, we find ourselves at the bottom of the funnel taking .

In 2014, David Edelman and Francesco Banfi, with McKinsey & Company, proclaimed The funnel is dead.

Today, apply that same realization of the funnel and consider that the startup pitch is dead. Over 142,000 subscribers from companies like Google, Sequoia Capital, and SXSW receive my monthlies. Do you?

MediaTech is the New FinTech

There was a wonderful headline just over 2 years ago, speculating that MediaTech could be the new FinTech. 2020 has shown us a great many thing but the most notable of things in business and innovation might be revealing what happens when the world is finally all online. Indeed, MediaTech is the new FinTech.

Paul X. McCarthy, Adjunct Professor, UNSW, shared then with The Conversation that, “The mediatech revolution is well underway. It’s in our lounge rooms, bedrooms and on our way to and from work. We’re tuning into Spotify, playing Fortnite and watching Netflix into the wee hours like there’s no tomorrow.”

It was around 2015 that FinTech really grabbed hold of our attention as a way of describing the intersection of financial services and technology. Many attribute the word to startups, so it’s important to appreciate that major companies, in this case companies such as Bank of America, Chase, Wells Fargo, and Allstate, MasterCard, Fiserv, and First Data, make major investment in the infrastructure underlying and changing the finance industry. As with any [Sector]Tech, the work we all do must appreciate broadly how the economy is evolving.

Now, the convention, [Sector]Tech, isn’t new. BioTechnology was in use as early as 1919 and Pfizer helped usher in the idea with their innovative approaches to manufacturing penicillin, but it wasn’t until 2015, thanks to innovation in finance, that the idea spawned EdTech, HealthTech, AdTech, MusicTech, and more.

* Consumer spending in streaming video (OTT and with services such as Netflix and Amazon Prime) is booming
* Time spent with video games and the innovation of the hardware, platforms, stories and design, and
* Despite the ongoing social and political discourse about things like TikTok and Facebook, adoption of social media bursting platforms at the seams

MediaTech is challenging to study because most of the world still slices up “Media” into its various forms more or less familiar, depending on where you live… Media in New York tends to mean News whereas Media in California might refer to Social Media… all of which tends to neglect that podcasting, video games, and streaming music are all too, forms of media.

Almost hard to believe but we’ve clearly witnessed a shift in public attention and interest toward more media but what strikes me as most interesting in McCarthy’s choice of industries is that MediaTech is interwoven in FinTech, and likely dependent on it, in more ways than we’ve begun to explore.

Publicis one of those agencies mentioned, announced just days ago, a collaboration with Goldman Sachs to build their new transaction banking platform. David Donovan, EVP, Publicis Sapient Financial Services Lead, America’s said, “Given Publicis Sapient is a digital leader in the financial services space, we are thrilled to work with Goldman Sachs to support the roll-out of their cloud-native transaction banking platform, which is the first all-digital platform in the market.”

And while that’s an example of the Finance industry increasingly embracing the digital transformation and expertise of agencies that quickly adopt the experiences critical in today’s mediatech world, Media will continue looking to FinTech for solutions to our challenges in licensing and monetization. MediaTech is the New FinTech

There was a wonderful headline just over 2 years ago, speculating that MediaTech could be the new FinTech. 2020 has shown us a great many thing but the most notable of things in business and…

"Individuals permitted to participate in private capital markets not only based on their income or net worth, but also based on established, clear measures of financial sophistication"

Which is still fuzzy though isn't it? The bullet points:

* permits natural persons to qualify as accredited investors based on certain professional certifications, designations or credentials or other credentials;

* include as accredited investors, with respect to investments in a private fund, natural persons who are “knowledgeable employees” of the fund;

* clarify that limited liability companies with $5 million in assets may be accredited investors and add SEC- and state-registered investment advisers, exempt reporting advisers, and rural business investment companies (RBICs) to the list of entities that may qualify;

* a new category for any entity, including Indian tribes, governmental bodies, funds, & entities organized under the laws of foreign countries, that own “investments,” in excess of $5 million and that was not formed for the specific purpose of investing in the securities offered;

* add “family offices” with at least $5 million in assets under management and their “family clients,” as each term is defined under the Investment Advisers Act; and

Amendments and order become effective 60 days after publication in the Federal Register.

Of course, read the official release for specifics and more details.

The Commission also adopted conforming amendments to Rule 163B under the Securities Act and to Rule 15g-1 under the Exchange Act.

Trending in #startups on LinkedIn today

.7% of #startups receive funding; the perfect pitch isn't why investors cut that check, but with so many pitches, and so many terribly crafted, there might be a better way.

Seeing dozens a decks every day, there is certainly something to the idea that so few finding #funding has something to do with how we're communicating.

* Team — establish credibility, capability, and commitment
* Market Opportunity — problem and solution blended with WHY
* Product Solution — what it is today and what it will be
* Competition — using a pro/con assessment that highlights where you’re not just better than your competition but where they might be better than you. Explain why.
* Staged and Niche Market Size (and cost/barrier to entry) — how big is the piece of a market that’s applicable and attainable.
* Roadmap — traction, go to market plans, and inflection points (pivots, investments, etc.) in one
* Engagement Opportunity — why an investor would invest

Is the Perfect Pitch Deck Far From Perfect?

A challenge to the premise behind the famous 10 slides; as you prepare to take the stage to pitch, think about how the idea of an elevator pitch (what you say in 30 seconds or less to convince your audience to listen further) factors in. Generally speaking, if you don’t close a deal in the first 3 b

Our incubator is open for applications from founders in media innovation.

As a founder and a marketer, MediaTech Ventures [Collective] addresses much of what I’ve questioned along my startup journey; the discrepancy between the value placed on building the “pedestal” (the…

Hi there, I just created a page here. You can now subscribe on my updates. 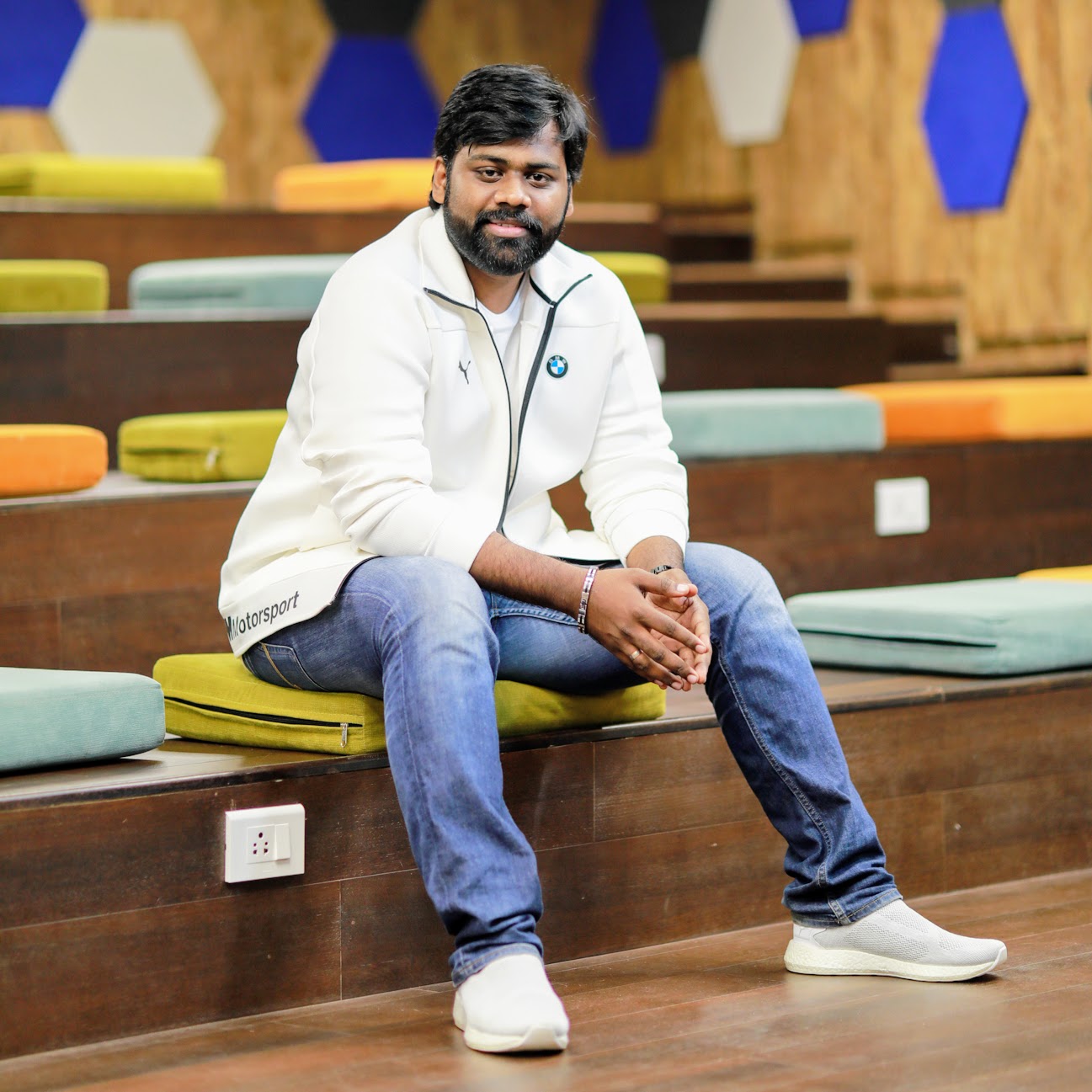 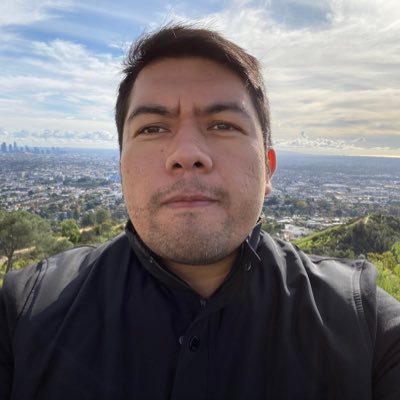 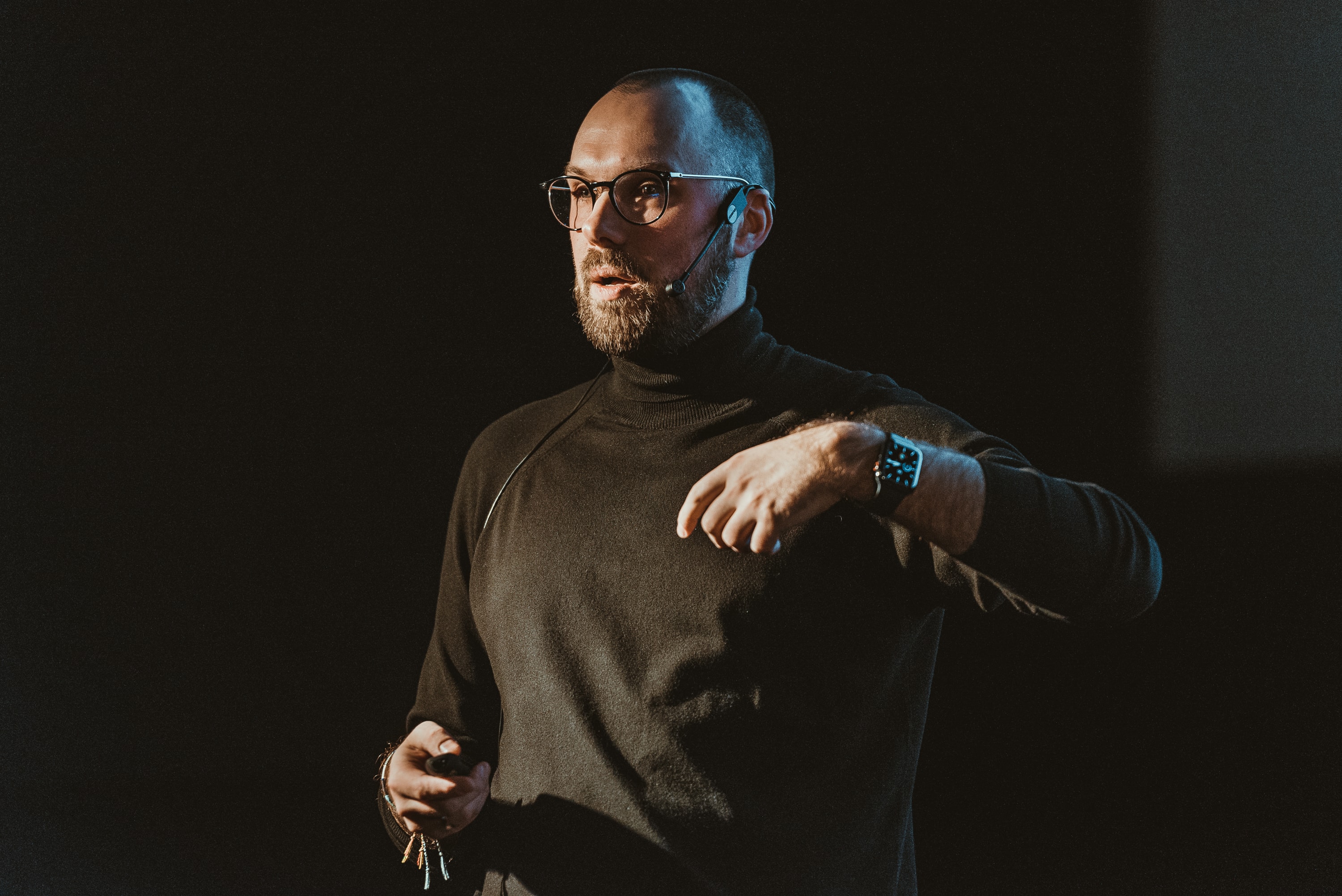 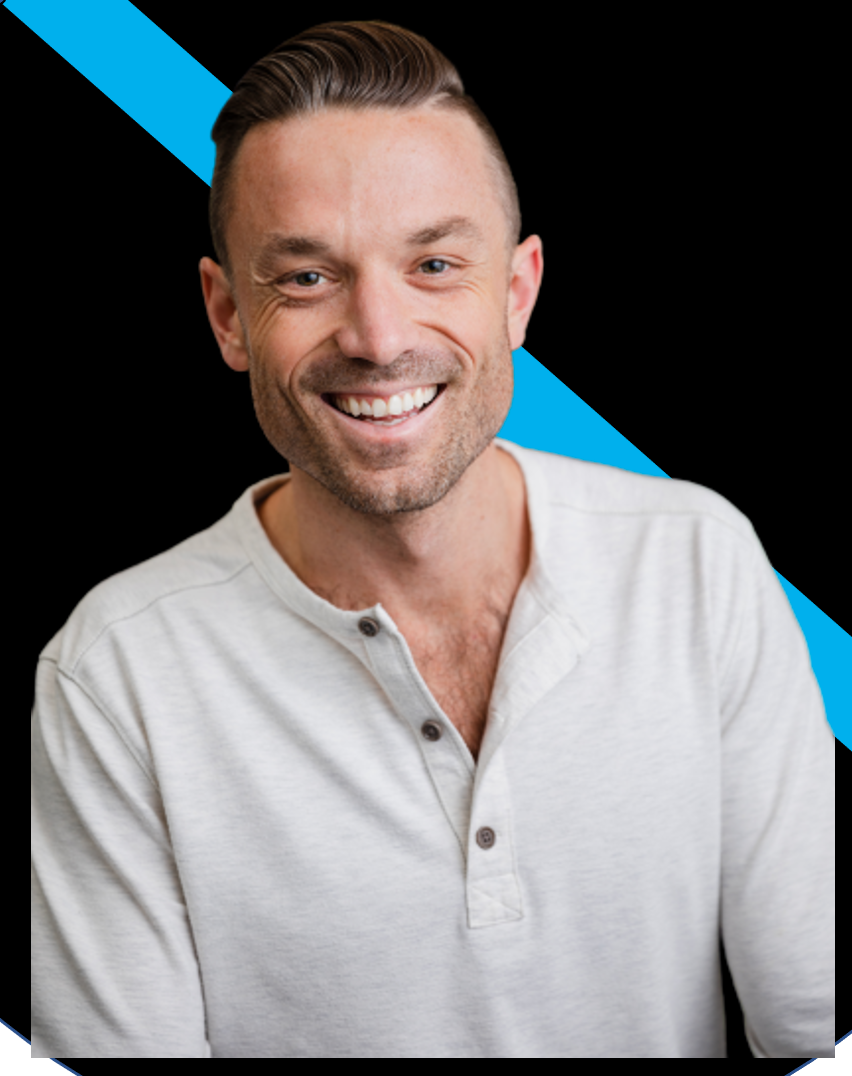 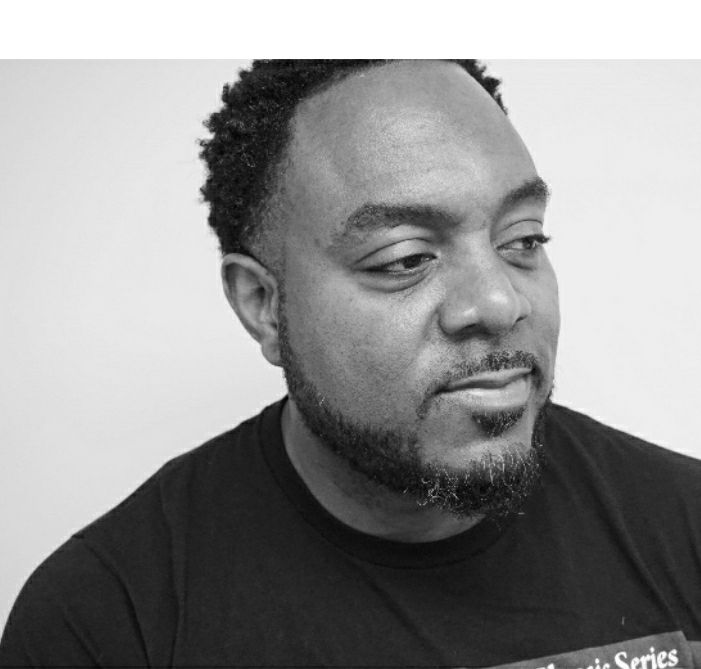 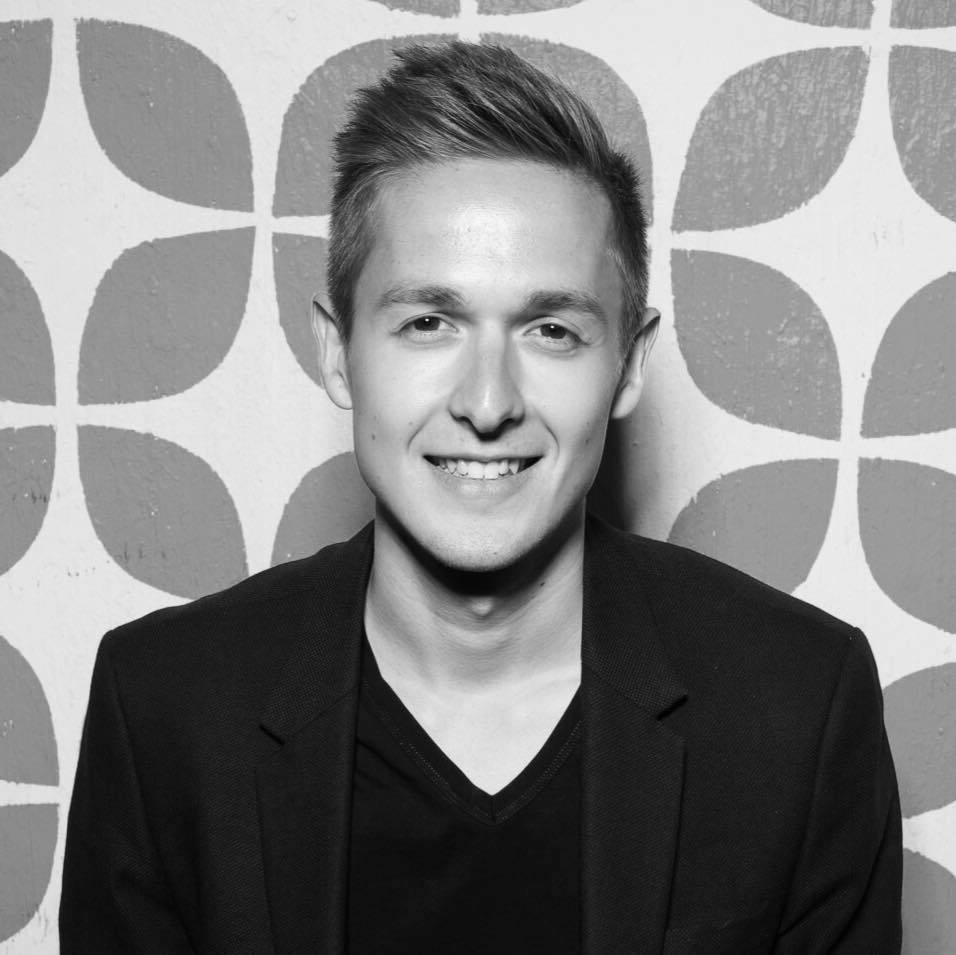 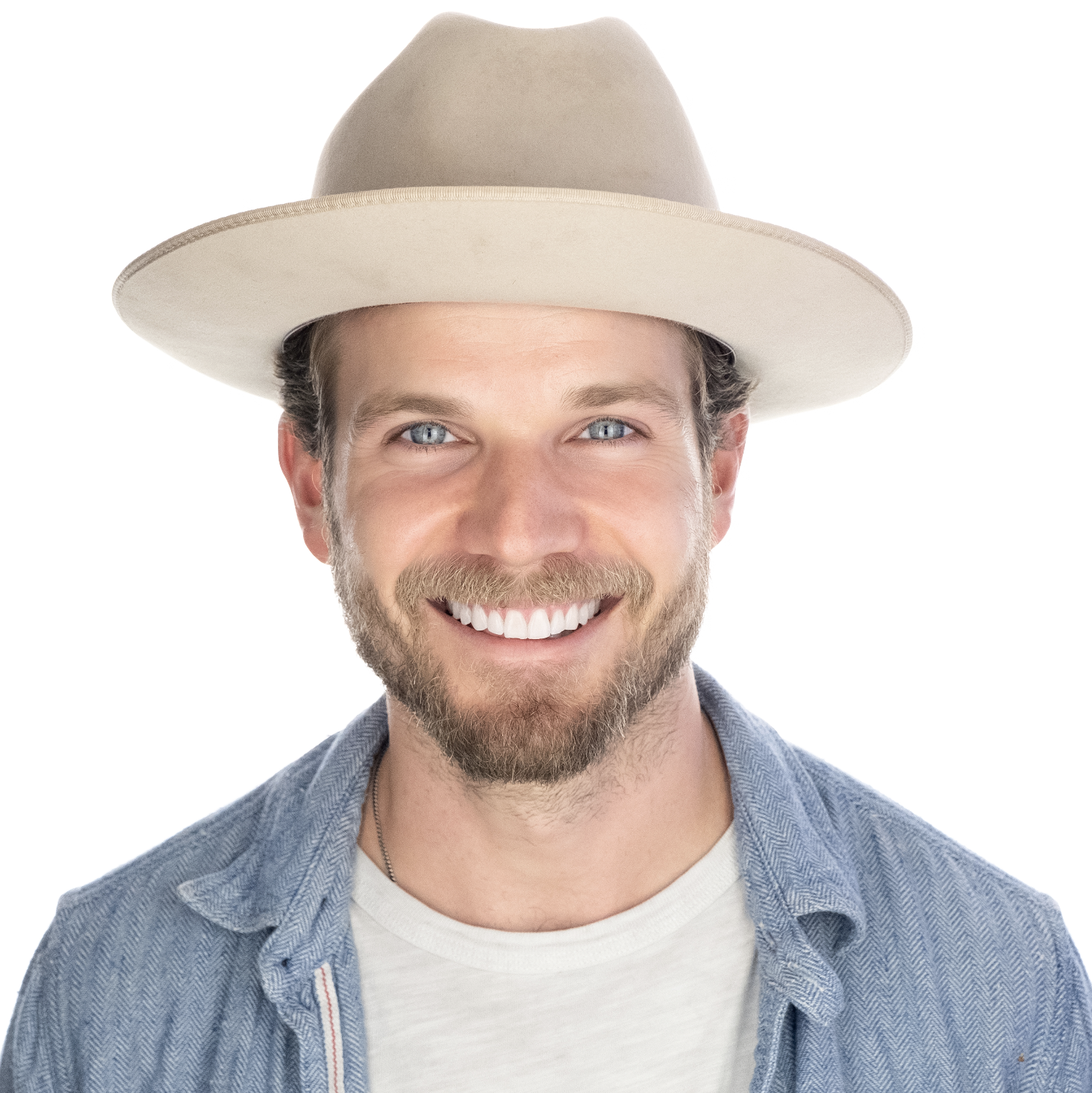 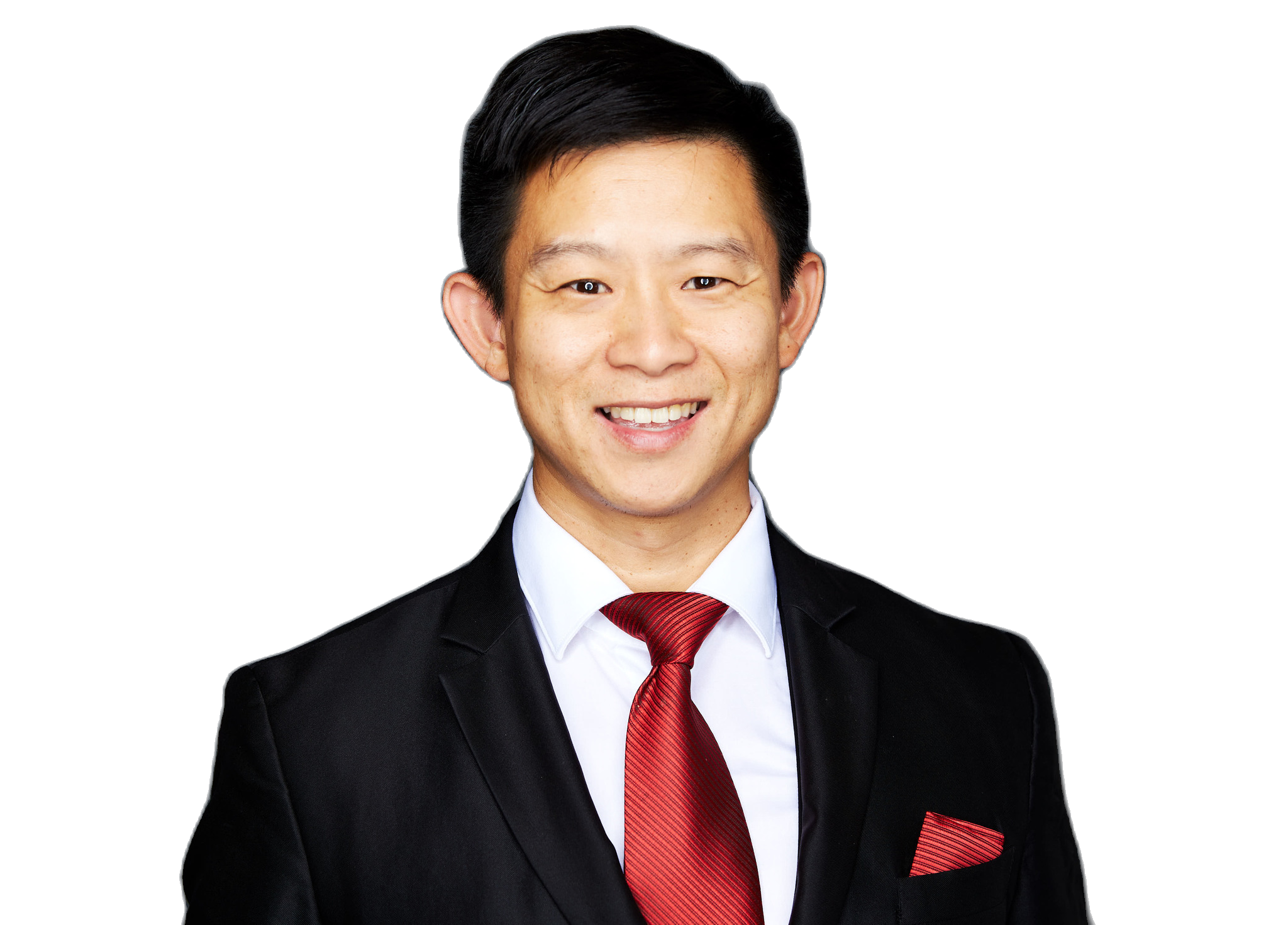 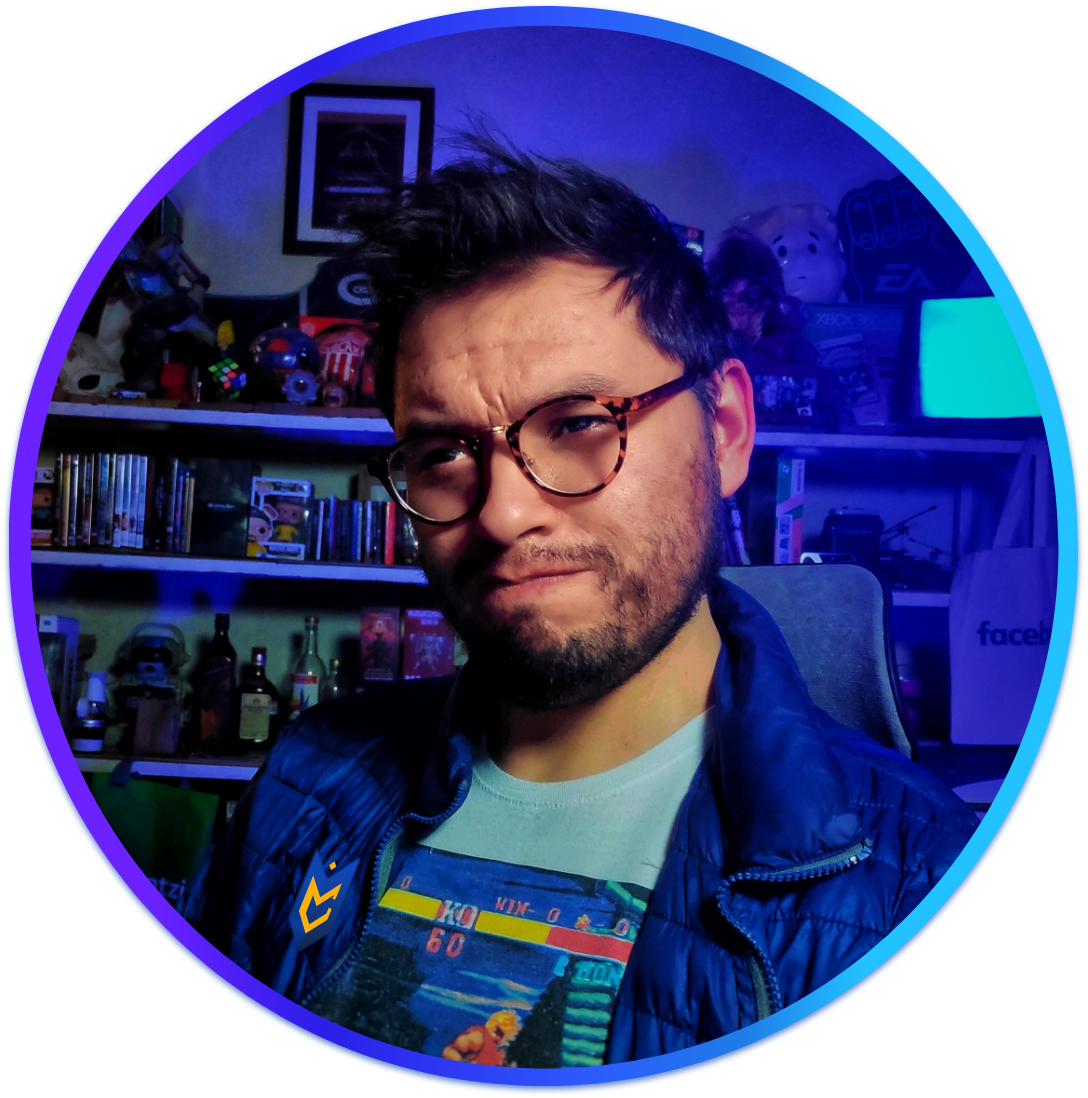 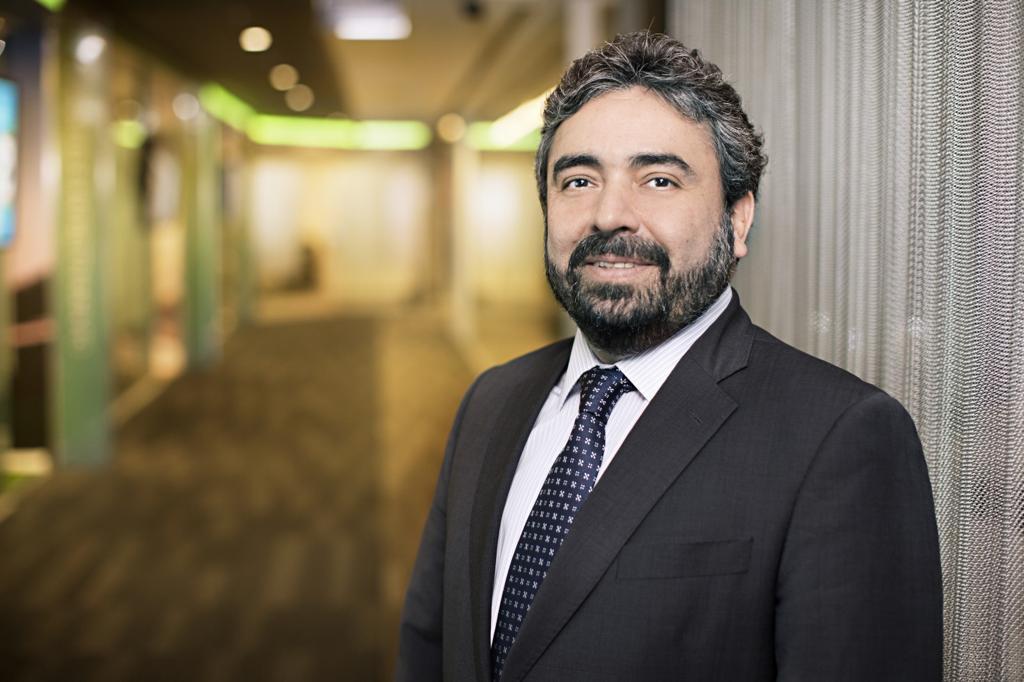 NEW: Introduce yourself to community via quick profile videos. 👋


Offer to buy by adding an offer to the order book on exchange.


Buy now depending on availability in the order book.
Number of shares:
Total ($):


Offer to sell by adding an offer to the order book on exchange.


Sell now depending on availability in the order book.
Number of shares:
Total ($):

Place your bid in $PAUL: